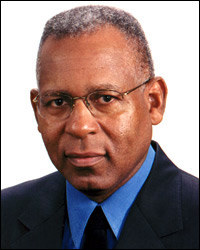 Prime Minister of Trinidad and Tobago, Hon. Patrick Manning said here Wednesday that his twin-island republic desires to become part of an economic union with the member countries of the Organisation of Eastern Caribbean States (OECS) by 2011.

The Prime Ministers of St. Lucia, St. Vincent and the Grenadines and Grenada; the Foreign Ministers of Guyana and Barbados and the Secretary General of CARICOM and the Director General of the OECS met last week in Port of Spain with Prime Minister Manning to discuss the new thrust towards economic and political integration.

“It is a coalition of the willing. What was missing over so many years, we believe, was the political will. The desire was there. The political will was much more difficult to muster. But on this occasion that is what we started to do.  That is why we made the commitment to bring to economic union by 2015. These are the times we have set and we are committed to work towards achieving those goals, it is a coalition of the willing. A big difference,” Prime Minister Manning told reporters following discussions with St. Kitts and Nevis Prime Minister Hon. Dr. Denzil L. Douglas at the St. Kitts Marriott Hotel and Royal Beach Casino.

“This arrangement in no way prejudices the OECS arrangement. In fact is preserves it. By going to the economic union first, the OECS is preserved and in doing that, we are also advancing the CARICOM agenda ““ going to a single economy in CARICOM by 2015,” said Manning.

He pointed out that the desire of the OECS to go to an economic union by 2009 and Trinidad and Tobago wished to be a part of that process urging the OECS countries and expressing Port of Spain’s desire to be part of an economic union with the OECS by 2011.

“When that happens and there is one economic space between Trinidad and Tobago and the OECS countries and any other country that signs into it, then we can now take the process one step further to political union without prejudicing the integrity of the Organisation of Eastern Caribbean States or CARICOM for that matter. Once you have the single economic space then within arrangement, any group of countries can go to a political union without prejudicing what exists on the table and in that regard we set a date for political union by 2015,” “We believe that the circumstances of the world today have changed significantly. We no longer have the preferential markets access in Europe and elsewhere for sugar and bananas and many countries have moved to tourism with the vagaries that are associated with that as fragile as that can be,” said Manning.

Manning is of the view that an opportunity exist for the first time in a long time for the Caribbean States to come together in a bigger economic and political union. “A union that gives us not just the safety in numbers, but greater economic weight as we seek to move the Caribbean forward. We believe that the Caribbean comprises one people. We have a common heritage,” said Prime Minister Manning.

He said the next steps include Professor Dr. Vaughn Lewis and Ambassador Cuthbert Joseph will now examine the process and talk to the stakeholders and come up with a recommendation as to the route that we should now take and the form that the integration movement should now adopt.

He said another decision taken by the signatories to the MOU is to engage the Caribbean population. “It is not an initiative that is conducted at prime ministerial level, but the people must be involved and must be part of an integration which after all is designed for people,” said Prime Minister Manning.

Prime Ministers Manning and Thomas arrived here after stops in Dominica and Antigua and Barbuda to brief the leaders of those two Caribbean states.