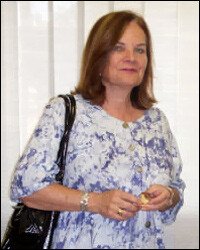 With the announcement of a date for a general election later this month, St. Kitts and Nevis Prime Minister Hon. Dr. Denzil L. Douglas has a hectic scheduled this weekend.

The St. Kitts and Nevis leader will join other candidates of his ruling St. Kitts-Nevis Labour Party on a special walk through Fort Street to be followed by a late afternoon Rally in The Circus in downtown Basseterre, attend a Friday Night Rally on the Verge in Conaree and the Dinner and Awards Ceremony in celebration of the 10th Anniversary of the St. Kitts and Nevis Fire & Rescue Services.

On Saturday morning, Prime Minister Douglas will lead candidates in the traditional Walk-Through and whistle stop mini-meeting at the Basseterre Public Market staring at 6:30 A.M.

Saturday afternoon All-8 Block Parties will be held in all of the Constituencies with the official opening of all the Campaign Offices.

On Sunday, Prime Minister Douglas attends and gives remarks at the Church service in Celebration of the 50th Anniversary of the Royal St. Christopher and Nevis Police Force at the St. George’s Anglican Church in Basseterre at 8:00 A.M., accept the Salute at Government Headquarters following the Service and give a Toast at the Police Recreation Room.

In the afternoon, Dr. Douglas will lead his Labour Party on an Island wide motorcade, leaving Port Zante at 1:00 P.M. This will be followed by a Gospel Concert and Public Rally on the Verge at Green Tree, Old Road from 7:00 P.M.