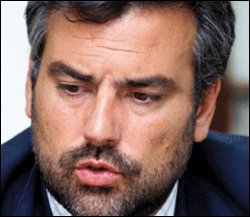 Nationals of St. Kitts and Nevis and member states of the Organisation of Eastern Caribbean States (OECS) are to benefit from a joint cooperation agreement signed with the Kingdom of Spain.

OECS Prime Ministers, Premier and Chief Ministers held talks in Tortola, venue for the 49th Meeting of the Authority with the Jamaica-based Spanish Ambassador to the OECS, His Excellency Mr. Jesus Silva and during the meeting discussed building closer ties with Spain.

OECS Chairman, Chief Minister Hon. Dr. Lowell Lewis of Montserrat speaking at a news conference said that as a result of a Declaration of Intent between the OECS and Spain signed in April 2009, nationals will be trained in diplomacy, oceans governance ““ including technical support in the areas of maritime boundary delimitation and fisheries/marine resources production and management; legislative drafting in support of the OECS Economic Union; the Economic Union Work Programme; environmental management; economic development including the deepening of Regional Integration Initiatives, Implementation of the EPA, Micro-Enterprise and Private Sector Development, Agriculture and Agro-Industry Development, and Sustainable Tourism Development.

During the meeting, Heads of Government also  welcomed the signing of a Memorandum of Understanding between the OECS and the Spanish Diplomatic School in October 2008 through which Spain will assist with the training of OECS Foreign Service Officers, and help create a cadre of highly skilled professionals to meet the region’s expanding representational and negotiating requirements.

Spain has offered assistance to the OECS School of Diplomacy, which has been providing training for public officials in Member States.