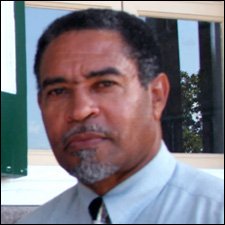 Head of the OECS Secretariat’s Environmental and Sustainable Development Unit based in St. Lucia Mr. Keith Nichols, described as encouraging Nevis‘ advances in renewable energy initiatives. An area in which, he noted, the small island state continued to lead the entire Organisation of East Caribbean States (OECS) grouping.

His comment came in a recent interview with the Department of Information when he gave his impressions of the strides Nevis had made in the development of geothermal and wind energy.

“I think that is really, really good. There is a model I think that has been developed, the negotiations that have been entered into, the agreements that are in place to support the developments both for geothermal and wind, and we are seeing tangible evidence of development…It is something I think the rest of the region has to learn from.

“There is a tremendous amount of work I know we have to do in the rest of the region and to bring our initiatives up to speed. It is not enough to keep talking and talking about where we want to go, I think we need to start to get serious about implementing some of those initiatives,” he said.

The OECS Official said in light of the rapidly increasing price of oil the region would find itself envious of what Nevis had achieved so far with renewable energy and considerations in that critical area would once again be placed on the front burner.

He explained that his office which was planning two high level meetings in Nevis on October, one for technicians followed by another for Environment Ministers of the region, would have the opportunity to expose the decision makers of the strides Nevis had made with renewable energy development and encourage them to advance more aggressively, that work that had started in some of the countries.

“We really need to do it, we are losing time and it is costing us a whole lot more while we keep paying the extra high prices for oil in the region. I think there is a demonstration effect that Nevis has showed to all of us [that] it can be done.

“They are going ahead and the country is pursuing those arrangements very aggressively and will have something in place that we will all be jealous of in the next few months. So hopefully that will serve as a catalyst to moving ahead our various initiatives in the rest of the Region,” he said.

Notwithstanding, Mr. Nichols contended that the region lacked the financial resources to support local initiatives and the islands were forced to look beyond for funding in the area of renewable energy development.

He explained that there were energy meetings all over the region and the Caribbean Community (Caricom) Secretariat had installed an Energy Unit which had been pursuing renewable initiatives very aggressively through some funded programmes in the region.

“Right now the Orgainsation of American States is active in the region helping with policy development. The Caricom Secretariat through its Caribbean Renewable Energy Development Project is supported by the German Government through the GEC. They are aggressively looking for alternatives for renewable energy within the region and financing some of those options in the islands as well.

“The OECS Secretariat is also looking to put in place its own sustainable energy programme that will help add on or augment the benefits of the initiatives that are being pursued under the earlier mentioned projects,” he said.

According to Mr. Nichols, there was still a tremendous amount of work to be done. Among them were the will to eliminate the barriers which stood in the way of adopting renewable energy technology in the region.

“I think we have enough renewable energy resources within the region to satisfy our energy needs into the future. If it’s done properly, [it] requires some planning, some advance thinking, some monies of course and with Minister Powell [responsible for Renewable Energy on Nevis] leading the charge, we can get there. I think Nevis has definitely shown its metal in this instance and demonstrated what could be done if we put our backs to it,” he said.