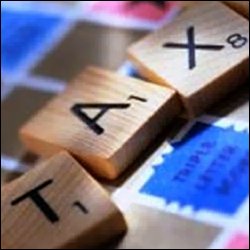 Premier of Nevis, the Hon. Joseph Parry addressed the issue of Value Added Tax (VAT) in his weekly call in radio program, In Touch with the Premier on Choice Radio 105.3, ZIZ and Winn FM, Tuesday morning.

In response to a request from a listener Premier sought to explain VAT and its impact on her as a resident of St. Kitts and Nevis. The caller inquired whether this new tax would add to her existing “tax burden”.

Premier Parry explained that, “the VAT would have the opposite effect. In fact, it would replace at least ten existing taxes and modernize the tax system to create a new diversified economy. Consumption tax, Hotel and Restaurant tax, Parcel tax, rental levy and others will be included in the VAT.”

The Premier also informed listeners to the program that there several steps which must be taken before the legislation for VAT is passed through the Federal House. The legislation must be drafted and ratified a few months before the introduction of the tax. In addition, there have been reports from the Federal Government that public consultations will be held throughout St. Kitts and Nevis and residents are strongly encouraged to participate.