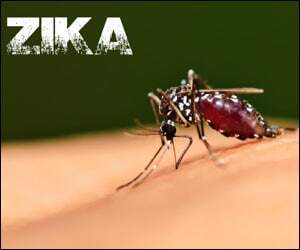 Minister of State, Honourable Senator Wendy Phipps, who has responsibility for Health, has confirmed that presently there are no suspected cases or lab confirmed cases of the Zika virus in St. Kitts and Nevis.

She said this during a statement in the National Assembly today, (February 19) concerning the Aedes Aegypti mosquito-borne virus which has been identified in some islands of the Caribbean region.

“I am pleased to report that in St. Kitts and Nevis as of today’s date, there are no suspected cases of Zika, neither are there any lab confirmed cases of the Zika virus,” Minister of State Phipps said.  “Essentially, the symptoms of the Zika virus are similar to that of the flu and perhaps similar to those of the Chikungunya, which the region would have been confronted by primarily in 2015.”

Minister of State Phipps, reinforced the fact that visitors were free to come to the Federation, since there was no risk of contracting the illness.

The Minister of State outlined the measures being taken to reduce the risk of Zika coming to the Federation.

“St. Kitts and Nevis, in terms of our preparedness, is fairly well-advanced in terms of our mosquito-breeding control programme, in terms of elimination of those sites and that is being done mainly by the public health department ““ fogging, as well as the harvesting of the mosquito larvae with the intention of elimination,” Senator Phipps said, noting that the general public has been encouraged to take part in mosquito elimination.  “Via such simple measures as the elimination of mosquito breeding sites, such as collections of water in old tires, cans, other receptacles or even simple unassuming receptacles, like the saucers found at the base of flowerpots.  There is evidence to suggest that the mosquito larvae can begin to develop in as small a quantity of water as a teaspoonful, so every precaution has to be taken.Ã¢â‚¬

“There are other precautions that can be taken, such as the use of mosquito repellent, wearing of long sleeve clothing etc.”

Ms. Phipps noted that should the virus come to the Federation, the Ministry of Health would be concerned about the health and wellness of residents which could result in loss of productivity at work, which she said experts estimate cause an average absence of four days.

Owing to the economic impact of Zika, the World Bank has provided US$150 million in financing for Latin America and the Caribbean Region to help combat the Zika virus outbreak.  The World Bank also released initial economic impact projections, noting that the Zika virus is expected to reduce the region’s 2016 economic output by $3.5 billion, or 0.06 percent of gross domestic product.