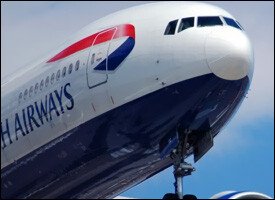 “Flight To Bring Hope and Ray of Light…”

“It also puts us in an even stronger position than ever before as the reverberations of this announcement alone are immense – in addition to the immediate factors of increasing capacity and flexibility for our visitors, a second flight into St. Kitts will have major impact on everything we do moving forward – from developing new relationships with all our tourism partners that will certainly allow us even more possibilities for growth and providing an attractive environment for investors,” said Prime Minister and Minister of Tourism, the Hon. Dr. Denzil L. Douglas.

Speaking at a ceremony to officially launch the second British Airways service to St. Kitts at Club Twenty Four on Tuesday, Prime Minister told the event jointly hosted by the St. Kitts Tourism Authority and British Airways that since the January inaugural BA flight, British Airways and St.Kitts and Nevis have been able to develop a very strong partnership which is working to their mutual advantages.

“This is for us in the Federation, a solid partnership that is supporting us in our effects to increase tourist arrivals substantially from the UK and European markets and, more significantly, to help us maintain the upper market status of the destination. We owe you a debt of gratitude for your support as well as for the confidence that you have shown in St.Kitts and Nevis thus far,” said Prime Minister Douglas.

He told the British Airways officials, the UK travel media and trade partners  including tour operators, hoteliers and travel agents guests that St. kitts and Nevis recognized “that we are operating in a most volatile and highly challenging global economic environment, which has impacted the tourism industries of small countries like St. Kitts and Nevis in the most negative ways.”

“We continue to see declines in visitor’s number, we are witnessing unprecedented levels of discounting in prices for tourism products and services, and generally this crisis is affecting our bottom line in ways which we never imagined,” said Prime Minister Douglas, who noted however that “we in St.Kitts and Nevis made a pledge from the start of the crisis that we would rise up to those challenges – to meet them head on and to put key strategies in place which would help us maintain our unique position as a destination of choice and one which is firmly committed to a new period of sustained growth and development.”

Dr. Douglas said St. Kitts and Nevis believes that the twin-island destination can only succeed in this endeavour by working in smart partnerships like the one developed with British Airways and ensure that as partners there is a commitment to a long term lasting relationship.