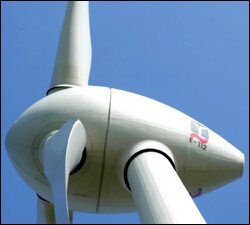 It is envisaged that in the next couple of years, St. Kitts and Nevis would have a significant mix of cheap renewable energy creating downward pressure on the price of electricity, boosting economic activity and improving the quality of life of all of its people.

That’s according to St. Kitts and Nevis Minister with responsibility for energy, Dr. the Hon. Earl Asim Martin, who disclosed that a local company will soon be required to supply 8 megawatts of electricity generated by wind.

In a full report to the Cabinet on Monday, Dr. Martin reported what his ministry is doing to fast-track the build-out of renewable energy in St. Kitts.

Dr Martin revealed that data from wind testing done at Belle Vue mountain, a site earmarked for wind farm development, have demonstrated a very strong and positive potential for the wind electricity generation.

The minister also revealed that a draft contract between the Government of St. Kitts and Nevis and North Star (St. Kitts) Ltd, a local company with its parent company based in the United States, has already been prepared through the assistance of the Organisation of American States (OAS).

Upon the signing of the contract, and subsequently, a power purchase agreement, North Star will be required to supply at least 8 Megawatts of electricity generated from wind.

With respect to geothermal electricity, the Minister expressed pride and satisfaction in the role the Federal Government played over the last several years to help the geothermal project on Nevis come to fruition.

Minister Martin suggested the need to begin to consider a way forward that would culminate with the signing of the relevant power purchase agreement for the purchase of geothermal electricity from the suppliers on Nevis.