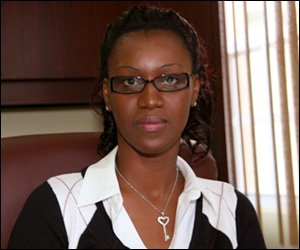 The third consultation on the economy of Nevis will commence on September 8, 2009 at Occasions, under the theme “Engendering a prosperous future by creating stability and growth through improved governance”.

Budget Director in the Ministry of Finance of the Nevis Island Administration (NIA) Ms. Karen Hobson, told the Department of Information in a recent interview, that the annual consultation was hosted by the Ministry of Finance, in an effort to encourage dialogue among the private and civil society and to chart a course for advancement in the economic interest of Nevis in the global economy.

“The consultation is held prior to the Budget presentation so that some of the ideas generated could be incorporated into the strategic objectives and budget proposals of the Nevis Island Administration for the year 2010,” she said.

“Then we will move into the guest speaker session where we have engaged Dr. Neville Duncan of the Mona Campus in Jamaica to speak on the overall theme. Later we will have plenary sessions, speaking to the topic of Ã¢â‚¬ËœBranding Nevis as a green destination as part of our strategy for tourism and overall development”. We will have Mr. Cletus Freeman of the OAS speaking to this topic.

“We will also have Mr. Daniel MacMullin speaking on Ã¢â‚¬ËœCrime and its impact on national development’. The third would be Ã¢â‚¬ËœReforming the Financial Service Sector to better respond to crisis and to improve competitiveness’, Dr. Lester Henry of the Trinidad Campus will be speaking to this and we will have our very own Ms. Teresina Nisbett speaking on Ã¢â‚¬ËœFreedom of Movement its benefit ad its advantages’, Ms. Hobson explained.

In previous years the event was held at the Four Seasons Resort but the venue was changed this year due to ongoing construction work at that property. The change she noted had forced organisers to tweak this year’s agenda. Individual group discussion will be replaced by general discussions after each presentation.

“We will use the discussions to give us a general idea to move forward in terms of the budget process and other issues,” she said.