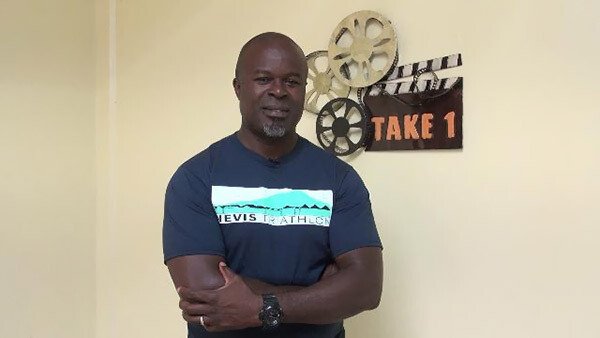 The 18th annual Nevis Triathlon hosted by Nevis Multisport takes place at Oualie Beach from 7:00 a.m. on November 09, 2019. Athletes will swim at Oualie, run between Oualie Beach and the Vance W. International Airport then bike one lap around the island.

Mr. Greg Phillip, Race Director, noted that this year’s triathlon is a milestone for Nevis, which continues to attract more international athletes.

“Before…it really was lots of Caribbean people mixing with lots of international countries but the bulk of the people were really from the Caribbean. Well the cost of travel in the Caribbean has really done away with that, and so our promotions have been adapted and focus more on ensuring that more international triathletes know about the Nevis Triathlon and can actually come. Our promotions have been working,” he said.

Mr. Phillip believes the increase in international triathletes will continue to contribute to the island’s tourism industry.

“This year we have recognized that almost half of the field are people from the United Kingdom and that holds very, very well for Nevis itself and the tourism product and really our push for more sport tourism, considering the fact that all those people here from the UK who are racing and the people they have brought with them.

“These people are going to be here for at minimum seven days, and if you do the multiplication you will recognize that those add up to some very good room nights for our hotel sector. So we are continuing to work and really put an effort into building our triathlon back to the great numbers from more international locations rather than just the Caribbean,” he said.

The sports director used the opportunity to encourage members of the public to attend the event or to cheer the athletes passing through as they cycle around the island.

As for safety concerns related to traffic, Mr. Phillip said because the event is a triathlon the roads will not be closed. However, there will be assistance from the Royal St. Christopher and Nevis Police Force. For the athletes safety in the sea assistance will come from the St. Kitts and Nevis Coast Guard and the Nevis Red Cross will be providing safety for the athletes.

He noted there are still opportunities for those interested in volunteering. He said they had had good core of volunteers over the years.

Mr. Phillip thanked all who have been providing assistance and supporting the triathlon over the years.

What Is A Triathlon?

A triathlon is a multisport race with three continuous and sequential endurance races. The word is of Greek origin, from τρεῖς or treis (three) and ἆθλος or athlos (competition).

While variations of the sport exist, the most common form includes swimming, cycling, and running over various distances. Triathletes compete for fastest overall course completion, including timed transitions between the three races.

A transition area is set up where the athletes change gear for different segments of the race. This is where the switches from swimming to cycling and cycling to running occur. These areas are used to store bicycles, performance apparel, and any other accessories needed for the next stage of the race. The transition from swim to bike is referred to as T1 and that between the bike and run is referred to as T2. The athlete’s overall time for the race includes time spent in T1 and T2. Transition areas vary in size depending on the number of participants expected. In addition, these areas provide a social headquarters before the race.

The nature of the sport focuses on persistent and often periodized training in each of the three disciplines, as well as combination workouts and general strength conditioning.