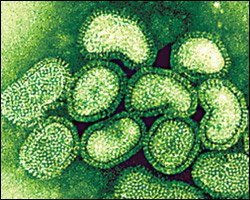 The Health Minister of Nevis Hon. Hensley Daniel continued to assure the Nevisian public that the Nevis Island Administration had put in place measures to guard against the transmission of the H1N1 (Swine Flu) virus on the island but public cooperation was necessary.

The Minister outlined the measures in place in a televised statement on Nevis Television on Wednesday, ahead of the arrival of the first batch of more than 100 construction workers, from Mexico based Ocean View Construction this weekend.

The Company was subcontracted by DCK International, a Pittsburgh based company contracted by owners of the Four Season Resort to restore the hotel by December 2009.

The workers are scheduled to arrive on island via Panama, the Dominican Republic and Antigua. Mr. Daniel said health personnel in Mexico would monitor them prior to departure for any sign or symptom of the virus and would send the relevant health reports to the health officials on Nevis.

On their arrival as part of the ongoing Port Surveillance programme, they would be met at the Airport in Newcastle by a team of health officials – doctors, nurses and environmental health workers – who would continue to observe them for any signs and symptoms.

A quarantine room had already been set up at the airport for anyone from the travelling public who showed signs or symptoms of the virus.

The Health Minister said while on Nevis DCK International would employ a local doctor to monitor the Mexicans.

Ã¢â‚¬Å“Careful monitoring of the Mexicans will be done for the first 10 days on a daily basis at lunch time on the worksite, to ensure that we detect any possible signs of the H1N1 virus,Ã¢â‚¬ he said.

The head of the local medical team will meet on a regular basis with the doctor employed by DCK International to share information if there is an outbreak.

In the event of an outbreak of the influenza like illness among the workers, Mr. Daniel said a room would be provided at the residence to treat any who contracted the virus.

Ã¢â‚¬Å“These are the measures that have been put in place by your government to ensure that nobody comes to Nevis to transmit the H1N1 virus.

Ã¢â‚¬Å“I want to say to the public that the health services in Nevis have been sufficiently mobilised and every effort is being made to protect the people of Nevis from any Swine Flu. I would wish for your full corporation. We must continue to observe proper hygiene practices so that the environment for the transmission of the H1N1 virus is eliminated,Ã¢â‚¬ he said.

The Minister also thanked the public for their understanding in the matter and reassured them that the health services were at a sufficient state of readiness. He said the islandÃ¢â‚¬â„¢s health personnel would do all they could to prevent the transmission of the virus.

The H1N1virus was first detected in Mexico and has since spread to other parts of the world including the Caribbean region which continues to mount.

According to the World Health OrganizationÃ¢â‚¬â„¢s June 15 H1N1update the United States of America had a cumulative total of 17,855 cases, Mexico 6,241 and Canada. The total number of global cases stood at just under 40,000 with 167 deaths so far.

The World Health Organisation (WHO) considered the severity of the pandemic of the influenza like illness to be moderate.

1 thought on “Nevis To Guard Against Swine Flu Virus”