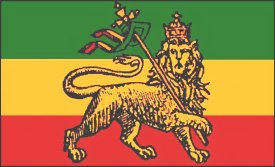 The Deputy Premier, the Hon. Hensley Daniel and Mrs. Daniel in the absence of the Premier the Hon. Joseph Parry, will host the opening ceremony and Ital Reception of the 13th Conference gathering of the Caribbean Rastafarian Organization on Thursday, August 20th, 2009.

This event will take place at the Occasions Entertainment Center on the By-Pass road at Pinney’s.

According to a member of the local organizing committee, the Organization was initiated in 1993 under the auspices of the International Rastafari Gathering Committee (IRGC) and became fruitful in May 1994 in Miami, Florida.

Each year the gathering is held in different regions to promote the movement of the Rastafari Nation and encourage unity on a local and Universal level.