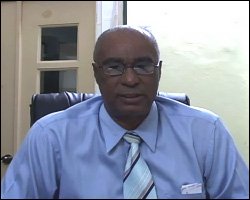 A three member team which comprised Chief Labour Officer Mrs. Averill Williams, Permanent Secretary Mr. Joseph Wiltshire and Labor Consultant Mr. Davidson Morton has updated the Premier of Nevis the Honourable Joseph Parry on the outcome of a joint meeting with the Federation’s Labor Commissioner Mr. Spencer Amory and the Four Seasons Resort.  The meeting was held last Friday January 9, to discuss the welfare and benefits of employees in the event of layoffs.

“It is my understanding that the management of the Four Seasons informed the Labor Department in regard to the number of workers that would be laid off.  They discussed matters like notice, which will be two weeks notice for the line workers and four weeks notice for management.

“They also discussed compensation, and mention was made of the re-opening of the hotel.  It is my understanding that, no specific date was given or stated because a number of matters must be addressed before that can take place,” the Premier said.

Mr. Parry said he was mindful of the situation and appealed to Nevisians to appreciate the difficulties ahead.  He called on the workers to cooperate with the Labour officials.  He said that Pastor Davidson Morton [Labour Consultant] had been assigned the special task of assisting and advising the workers and trying to re-allocate them wherever possible.

“I want the people of Nevis to appreciate that the government is with them at this difficult period and will do everything that is possible to make sure that things go smoothly from here on,” the Premier said.

He also spoke of an invitation extended to him to meet with top executives of the Resort at its New York offices.

“I will also inform the people of Nevis that it is very likely that I will be traveling to the United States, later this month to New York specifically, to participate in discussions that are related to the Four Seasons and the way forward for the organization.

“When I return I will want to update the people of Nevis as far as is possible so that we can be satisfied that the Four Seasons will open.

As he looked forward to the reopening of the island’s largest employer, The Four Seasons Resort Nevis, The Nevisian leader further disclosed that his government had planned a number of projects for diversification of the economy.

“I also would wish to tell the people of Nevis that there are other projects that are being discussed and other projects that are being planned.  We hope that in the next two years we would have diversified this economy in such a way that Four Seasons would not be the only entity that we need to depend on.  Actually Four Seasons opened in 1991, and it has been a long time since that opening we have not been able to do any diversification.

“This second warning should give us energy and should fuel us towards moving forward and giving us the impetus to diversify the economy.  What has happened here”¦we must endeavor with God’s help that it does not happen again and that the country does not depend on one entity to keep it strong and to keep it moving forward,” Mr. Parry said.