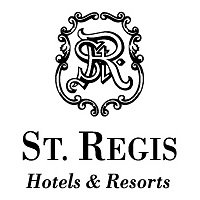 Nevis has been regarded as a destination for high end tourism, and the Nevis Island Administration is ensuring that it maintains that reputation in the international marketplace.  On Tuesday January 13, Premier and Minister of Tourism, the Honourable Joseph Parry held talks with Chief Executive officer of New Found Company, Mrs Jayne McGivern at his Bath Plain Office.

“The CEO informed me that they now had a letter of intent from the Starwood Group, particularly the St. Regis hotel which has demonstrated an interest in developing the property.

Premier Parry said that in the next few months an announcement would be made of St. Regis’ commitment. He further disclosed that the people of Newfound had seek financing and anticipated that they would be involved on the site later this year. The Newfound Developers had been associated with the 600 acres of land south of the Four Seasons Resort on Pinney’s Estate.  The property had been earmarked for hotel development.  Through successful negotiations the Nevis Reformation Party government recovered some 172 acres of land for the people of Nevis.  The Tourism Minister spoke of how the developers intended to project forward.

“She has informed me that she will be working on the financing and that the design of the hotel will commence. That design exercise should be completed between four to six months.

“I am very pleased that once again that we are seeing some life and interest in the Newfound property and we are hopeful that this time something would really happen,” Mr. Parry said.

According to Premier Parry the St. Regis chain of hotels is renowned for it’s a six star brand, with hotels located in the main centers which include London and New York.

He said if the Hotel is constructed in Nevis, it will become the first of its kind in the Caribbean.