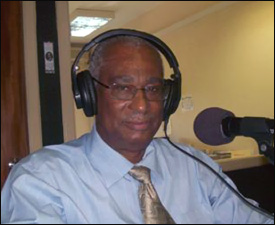 The Nevis Island Administration continues to encourage empowerment of local business with financial assistance and other supportive measures.

On the Premiers’ weekly call in radio programme,” In Touch with the Premier,” on Tuesday, the Premier said there was a need to have a level playing field with respect to investment  on Nevis.

“Private business persons on Nevis need a balance playing field and there is also need to encourage joint ventures. That policy has been pursued in the Caribbean and around the world.”

The Premier informed listeners that the use of foreign investment along with a local component was a policy that had been pursued in India, China and the British Virgin Islands to ensure that the local people are involved.

Hon. Joseph Parry said there was no need to be alarmed but rather there is a need to support.  He said government was making every effort to support small businesses on the island.

According to the Premier, in 2009 there had been 212 business licenses issued in Nevis and in 2010, 95 were granted.  He added that the concession inventory list for 2010 named 90 businesses who had benefitted from the 2010 Duty Free Concession programme introduced by the sitting Administration.

In response to claims by the Opposition Party that the Government was giving away the country, Premier Parry said that his Nevis Reformation Party (NRP) led government had sought to empower the small business on the island and help the economy on Nevis.

“We feel that it is important that the Nevisians own their own businesses.  We feel that once you encourage our people to get into business, people will remain employed,” commented the Premier.

Mr. Parry said that the Concession Programme was not a gift but it was a strategy to encourage and support the development of businesses on Nevis.

“We see evidence of this system working as Nevis has not hurt as much, when compared to the economies of many of our regional  neighbors,” stated the Premier.