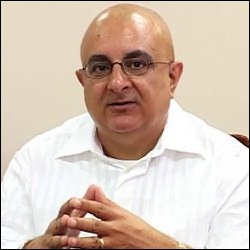 The Eastern Caribbean Court of Appeal which sits here on Monday , following the formal opening of the new Law Year 2010/2011 is expected to hand down judgement in the Contempt of Court case involving former Attorney General of St. Kitts and Nevis, Dr. Dennis Merchant.

The Attorney General had asked the Court of Appeal to set aside the Judgment and Orders of Her Ladyship, Justice Rita Joseph-Olivetti including the Order of costs of the Learned Judge on several grounds.

Senior Counsel, Mr. Anthony Astaphan, S.C., appearing for St. Kitts and Nevis Attorney General submitted to the Eastern Caribbean Court of Appeal, that the finding of contempt by the lower court was a travesty of justice, a severe violation of the rule of law and a constitutional heresy.

During this sitting, Resident High Court Judge, His Lordship Mr. Justice Errol Thomas will also act as a Justice of the Court of Appeal.