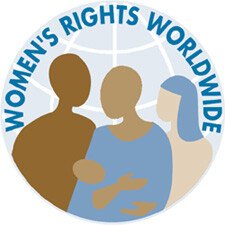 Minister responsible for Gender Affairs on Nevis Hon. Hensley Daniel, said too many children were unattended by their fathers or mother and pressure should come from the right sources to lobby for the appropriate legislation to deal with the matter He said it was an issue for women in politics.

The Minister made the comment at the launch of an eight week workshop for women on Nevis on Training in Government and Democracy on Monday at the Red Cross Building. The course is being hosted by the Department of Gender Affairs on Nevis in collaboration with their counterparts on St. Kitts.

The Minister noted that too many children were left unattended by their fathers and in some cases their mothers but since the Cabinet and Government was male dominated they would not easily yield to deal with the matter.

Mr. Daniel said he had discussed the issue with his colleagues and pointed to the fact that women voted more than men and they were the ones who organised political parties and he had no difficulty with paving the way for such legislation.

He noted that there should be an attachment of earnings legislation which would provide for automatic deductions just as in the case for Social Security, if someone was taken to court for child maintenance and the court had ruled in the women”s favour.

“That’s a big issue for us and I am prepared to take the necessary steps, we can have a first reading in the House of Assembly after the workshop is finished,” he said.

Mr. Daniel commended the workshop but cited that there should be some public education on Nevis to guard against the feeling of male bashing and a women”s movement.

He said careful public education would build support for the island”s women in education and training so that when they saw more women involved in politics it would not be something new.

“I give the workshop my fullest support and trust that as we go forward we are going to have a new kind of environment in which we will be forced to consider the candidacy, the appointment, support or the management and the development of women in politics.

“I think it is easy to expect that it will happen because if 80 percent of the people who leave school with educational certification are women, then it is reasonable to assume that sooner rather than later they are going to be in the political process”¦I believe that the time has come for this paradigm shift,” he said.

The course is expected to address areas in effective communication use of the media; lobbying; protocol and grooming for public life.

Mr. Daniel said at the end of the course questions of engagement of the women, better planning and organisation; power sharing, controlled emotional involvement, accountability and open challenges would have to be addressed.