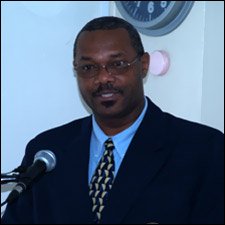 Mr. Newton made the comment when the agreement was signed between the NIA and the NCCU recently.

“I think that is a signal achievement in that the fund has actually been exhausted for some time now and we get the impression, that a lot of persons who are right now willing, ready and able to enter into small businesses and the government should be commended for taking that initiative,” he said.

The NCCU had been charged with managing the fund, loan disbursements and where possible had pursued delinquent borrowers in tandem with the Ministry of Trade’s Small Enterprise Unit.

The NCCU General Manager used the opportunity to underscore the importance of the fund which gave an opportunity to persons to access moneys for business without much collateral but required the borrowers to pay as if they had gone to a commercial enterprise.

He said the NCCU’s partnership with the NIA had served as a model to the institution’s counterparts in the Organisation of East Caribbean States (OECS) and the Caribbean.

“Through our relationship with the government we have been setting a precedent throughout the OECS and the region of establishing alliances that do work for the community in which we operate.

“People are looking at us and even patterning these relationships we are establishing. So if there is any other business we can establish for business or otherwise I am sure that we will be happy to join in with it,” he said.

According to Mr. Newton, the NNCU viewed itself as a partner in the community with government and other institutions that worked for the social and economic upliftment of the people of Nevis.