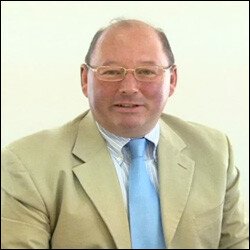 Commissioner to the Commission of Inquiry on Nevis Mr. Thomas Sharpe QC, announced that the Commission’s work had brought him back to Nevis, citing that there was much work to be done despite a hold on public hearings pending the outcome of an Appeal matter in the Courts.

The Commissioner told the Department of Information in an interview on Tuesday that behind the scenes work had continued nonetheless, though the Commission was forced to curtail its public hearings, in wait for a Court decision from an appeal to stay the proceedings. It was filed by witness and former Premier of Nevis Mr. Vance Amory late 2009.

“We have not exactly been doing nothing since July. We have issued 44 letters to people inviting them to give evidence. Our investigative team and that’s essentially [Former] Assistant [Police] Commissioner Clayton Mills has conducted no less than 42 interviews and we have written statements from majority of those, some are long some are short.

“So the great thing is we are building up a very interesting picture of issues that we are investigating. Its only two people so far who have refused to essentially be interviewed and that is the process that we have been carrying on. We have heard 11 witnesses at the first set of hearings and I think we can cross examine other witnesses pretty quickly once we get started again,” he said.

Commissioner Sharp explained that toward the end of the public hearings in July 2009, Mr. Amory had brought proceedings for an injunction to stop the Commission from proceeding.

“Happily we were able to withstand that but an arrangement was made that we wouldn’t hold more public hearings over the summer”¦and that the matter would be heard by the High Court as soon as possible. In the end, that action was heard in Nevis in the High Court at the end of September and I gave evidence from London through a video link.

“Shortly afterwards we heard from the Judge that she had found in our favour entirely so the action was thrown out but she hadn’t had time to draft her reasons for that. That meant that Mr. Amory’s exercised his right to appeal but of course it’s extremely difficult to appeal against reasons which haven’t been given formally in writing,” he said.

The Commissioner noted that it was his understanding that the Judge was in the process of finalising her written reasons and that the appeal would be heard when the Court of Appeal returned to St. Kitts and Nevis which at the end of March or beginning of April.

However, Commissioner Sharpe acknowledged that there was a hurdle.

“Now there’s a complication, in that, Mr. Amory’s exercised his rights to seek what we call a stay ““ that is, he does not want us to hold any publicc meetings until the Court of Appeal have finally resolved the matter and that is a type of injunction.

“That’s going to be heard by a single Judge at the Court of Appeal on I think Wednesday the 17th of February. We have to wait and see what the judge says and plainly, if the stay is granted until the Court of Appeal, we can’t hold any more public hearings which I would like to do. On the other hand if the application is resisted, as we very much hope it will, there is a chance that we will be holding hearings probably in March, on some of the matters in contention. That’s the position as it is,” he said.

With regard to the way forward for the Inquiry Mr. Sharpe said he could not give a definitive answer however, he said he had not anticipated such long delays since the Commission of Inquiry commenced in July 2009 and it was possible that an extension of time may be required.

“I would not be surprised if we sought an extension of the time but whatever it is I don’t think it’s going to be a major extension. Once the stay business is out of the way, once the Court of Appeal we hope is in our favour, we will move very fast indeed,” he said.

Notwithstanding, Commissioner Sharpe said his legal team continue to be in preparation mode. During his visit he had met in informal session with the Commission’s lead Counsel Sir Richard Cheltenham, his legal assistant Mr. Jeffrey Nisbett and lead investigator Mr. Clayton Mills to look into some of the detail and the documentation that had already been gathered.

“I have actually done a great deal of work and a great deal of writing it is very provisional. I have not made up my mind on the final issues I have not heard all the evidence but there is a good deal you can do based on the evidence we have got and the documentary evidence that we have got which we have been going through very carefully. We are going to need more time but it’s going to be measured in low months.

“We are doing the essential background paper work which will help Sir. Richard in his cross-examination. I’m determining what I think I need to know and communicating that to my counsel. He is then liaising with the team and collecting the evidence. His work was to sharpen the pencils as to what sort of questions he is going to ask. So basically it’s everything except the public hearings,” he said.