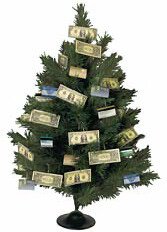 Civil Servants on Nevis will receive their December pay cheques on Tuesday, with an extra month’s salary.

The double payment follows an announcement by Premier of Nevis and Minister of Finance the Hon. Joseph Parry, when he delivered his 2010 Budget Address at the Nevis Island Assembly Chambers, Hamilton House on December 9th.

The Premier also stated that Government pensioners and staff of public corporations would also benefit from the financial bonus.

Mr. Parry said the closing of the Four Seasons Resort had negatively impacted a number of Government worker’s households and was hopeful that the double salary would help to improve their financial situation.

“I would like to reiterate that the Nevis Island Administration hopes that all of the recipients of the bonuses spend their money wisely and very cautiously,” he said in conclusion.