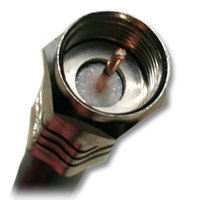 Cable Will Now Be Owned By The Government

An Ordinance to provide for the acquisition of the Cable Communications system in the interest of the public [public purpose] was passed during a sitting of the House of Assembly on Monday.

Legal Advisor to the Nevis Island Administration, Hon. Patrice Nisbett explained on Tuesday, that the public purpose meant that all assets and interests of the Cable had been compulsorily acquired to ensure that the residents of Nevis were provided with an efficient cable service at affordable fees and charges.

Mr. Nisbett also noted that the Nevisian public had been for sometime very dissatisfied with the poor level of service, high rates and inferior programming especially when compared with cable rates and channels of neighboring islands.

The Ordinance came to force on December 7th, 2009.  This means that all of Caribbean Cable Communications business, lands, assets and properties owned by the cable for the purpose of business has been acquired and transferred and vested in a body called the Nevis Cable Communications Corporation (NCCC).