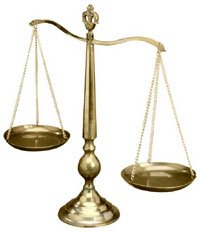 The names of close to 900 persons have been inserted in the two Juror’s Registers in St. Kitts and in Nevis.

Registrar of the St. Christopher Circuit and the Nevis Circuit, Mrs. Claudette Jenkins said 200 persons have been named on the list of Potential Jurors for Nevis and 677 on the St. Kitts List.

Both lists were revised at the end of August to allow changes to be made by the Magistrate by persons who think he or she is fit either by adding or striking out names.

Persons also had an opportunity to appear personally or be represented by counsel or solicitor to claim that he or she is not fit to serve as a common or special juror.

The revised list is conclusive and all persons included in the said list after it has been revised by the Magistrate will be liable during the year 2009/2010 to be summoned and serve as common or special jurors as the case maybe notwithstanding and disqualification or exemption other than illness or unavoidable accident.