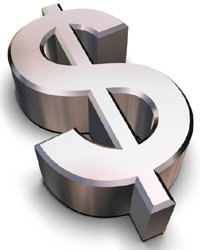 The indigenous St. Kitts – Nevis – Anguilla National Bank is reporting a profit of EC$111 million for 2008.

Chairman of the Bank’s Board of Directors, His Excellency Ambassador Walford Gumbs disclosed in the company’s annual report an operating income before tax of EC$161 million and a net income of EC$110.9 million and that the local financial institution passed the two billion dollar mark in total assets.

According to the Managing Director, total performing assets decreased by EC$1.4 million in 2008 compared to 2007.

“This very large pool of liquid assets coupled with the high quality of the loan portfolio help to make National a sound, solid and stable Bank in which customers deposits are safe and secure,” he added.

“This position demonstrated that reserves and provision were held in the form of liquid assets and were not loaned out,” said Lawrence, adding that this policy further strengthens National and gives increased comfort and confidence to depositors and other customers as well.

The Bank Chairman said the milestone was achieved in spite of the challenges affecting the global economic environment pointing out that the global economy and the world’s financial markets weakened during the review period due to losses in the United States “sub-prime” mortgage market which resulted in the tightening of credit and the reduction in earnings of many financial institutions.

Gumbs said the Bank was challenged to maintain its international corresponding relationships and to keep abreast with international regulations and controls. As a result the Board of Directors separated the compliance function and makes it an independent and specialised unit within the bank.

He said National Bank also experienced intense competition from other banks opening new offices in the federation and expects this trend to continue as the economy grows and continues to be attractive to business and investments.