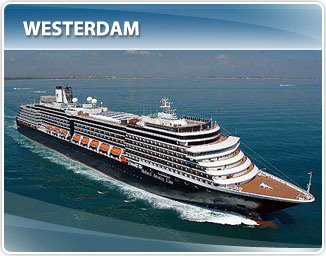 The 2009 Cruise Ship Season got off to a great start as the 2,000 passenger cruise ship, M.S. Westerdam, made its inaugural visit to Nevis on Thursday, January 29th, 2009.

Premier and Minister of Tourism, the Hon. Joseph Parry said the M.S. Westerdam is a major development to the local cruise industry and it is indicative of efforts to enhance the quality of visitor experiences in the twin island Federation.

Speaking at a brief ceremony on board the ship, the Premier commented that he was pleased that the Holland America M.S. Westerdam had added Nevis to its itinerary on its second Caribbean cruise.

“Nevis is interested in creating mutual partnerships in the tourism industry that will benefit the cruise line and the island. We have to ensure that our products and our services provide exceptional and positive experiences for all guests,” stressed Premier Parry.

While visiting the ship, the Premier and representatives from the Ministry of Tourism, the Nevis Tourism Authority and employees of Nevis Television (NTV) were treated to a tour of the Holland America Line”˜s series of the Vista-Class craft.

Assistant Secretary in Tourism, Mr. Carl Williams said the ship embraces the most modern of environmental technologies and a beautiful collection of Dutch Heritage Art, ranging from Historic Dutch Ships to huge Jazz portraits which were displayed throughout the ship.

Mr. Williams went on to explain that the trip was a chartered Jazz cruise with such Jazz artistes as Dianne Reeves, Herbie Hancock and other notable jazz musicians on board.

While talking to the media, Premier Parry noted that the cruise industry in Nevis must be tempered by various considerations including capacity and the environment.

According to Premier Parry, “It is important that the Ministry of Tourism and other local Authorities partner with the cruise industry to develop and improve our port facilities, so that they could be adequate for all parties involved.”