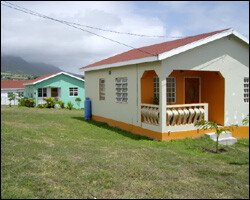 The Federation of St. Kitts and Nevis intends to use the 6th cycle of the Basic Needs Trust Fund (BNTF) to significantly reduce the poverty rate, eradicate indigence and slash the poor housing conditions to below 2 percent within the next five years.

The Federal Cabinet, meeting on Monday under the chairmanship of Prime Minister Hon. Dr. Denzil L. Douglas decided that funds under the new programme will be used for health, education, water and sanitation access and support economic activities through skills development and organisational development.

“To properly focus the resources made available under BNTF 6, a Poverty Reduction Action Plan (PRAP) is being prepared to take into account the Post-Sugar National Adaptation Strategy, the results of the recent Country Poverty Assessment Report, The National Strategic Health Plan and other key policy documents of the government,” the post Cabinet Brief said.

The St. Kitts-Nevis Labour Government is of the view that with consistently accurate and advance planning, BNTF 6, alongside other social programmes, will help to achieve the goals of taking poverty below 10 percent, bringing indigence to a statistical zero, and reducing poor housing conditions to below 2 percent within the next five years.

Cabinet also approved the Project Steering Committee that will oversee the implementation of the 6th cycle of the BNTF which begins in August 2009 and membership has been drawn from government ministries, youth organisations, trade unions and other civil society organisations.

The Basic Needs Trust Fund (BNTF) is a regional poverty reduction programme which began in 1979 and which is being managed by the Caribbean Development Bank (CDB).

The primary objective of the programme is to assist poor and vulnerable communities to improve their access to basic public services through provision of social and economic infrastructure and the development of skills to improve employment and community management.

St. Kitts and Nevis has implemented nine (9) infrastructural projects and five (5) training projects, with another ten (10) projects being implemented currently.