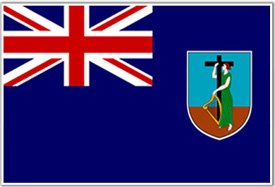 The National Flag of Montserrat

Montserrat says it will not be able to sign the historic treaty establishing the Organisation of Eastern Caribbean States (OECS) Economic Union  next week.

The signing takes place on December 29, in St. Kitts, venue of the signing of the Treaty of Basseterre that established the OECS on June 18, 1981

Director of Regional Affairs and Trade, Mr. Claude Hogan said although the Treaty has now been redrafted to allow Montserrat to retain its full membership and all the rights and duties appertaining before the coming into force of the new treaty, Montserrat is not yet in a position to sign on the 29 December 2009 because the internal approval process has not yet been completed.

“It is envisaged that when Montserrat signs on to the new treaty it will continue to need entrustments for accession within the union on a case by case basis,” Hogan added.

Despite being a founding member of the OECS, Montserrat is a British Overseas Territory.

Article 5.1 of the new treaty also provides that “a Member State which is not an independent State undertakes to enact legislation to provide for the reception into its law of the legislation made under this Article.”
St. Kitts and Nevis Prime Minister Hon. Dr. Denzil Douglas, who is also the OECS Chairman, said that the new arrangements envisaged under the treaty represent “a fundamental philosophical transformation and political commitment to deepening the level of integration among member states.”

The OECS groups the islands of Antigua and Barbuda, Dominica, Grenada, St. Lucia, St. Vincent and the Grenadines, Montserrat, St. Kitts and Nevis, Anguilla and the British Virgin Islands.