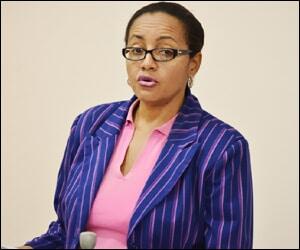 Minister of State with responsibility for Health, Honourable Wendy Phipps, has revealed that the Mental Health Day Treatment Centre at Limekiln is 99 percent complete and on schedule for its April 15 completion.

She said this during her statement at National Assembly on March 23 while outlining that the interventions that will be available at the centre are required to prepare individuals for reintegration into the general population of St. Kitts and Nevis.  It was explained that occupational therapy, sanitation, clean clothing, hot meals and counseling will be provided to approximately 30 clients per day who are suffering from mental illness.

Minister Phipps elaborated that the day treatment centre is not intended to be residential, neither will it accommodate persons needing intensive intervention.  She said that such serious cases will continue to be taken to the psychiatric wing of the Joseph N. France General Hospital.  While in the future, the reintegration plan includes housing assistance for clients via the social protection programe.

The Minister revealed that the Ministry of Health and Social Services found it necessary to address “the growing problem of mental illness as demonstrated by the increasing number of mentally ill individuals walking the street who are unfed, unkempt, panhandling at times and a danger to themselves and others.”

The management of the day treatment centre will be undertaken by a committee comprising a broad cross-section of stakeholders who will be responsible for the setting up and staffing of the facility.  The Pan American Health Organization (PAHO) was identified as the agency that will provide technical assistance through training, standard operating procedures and with a mental health strategy.  PAHO’s support would also be required for the amending and drafting of the mental health legislation and for meeting the requirements for international conventions relative to mental illness and its treatment.

The staff that is necessary for this to take place, is a coordinator, a social worker, an occupational therapist, five mental health nurses, two mental health aids and domestic staff.

Minister Phipps outlined why it may be necessary to employ trained personnel from abroad when the center opens.

“The shortage of psychiatric trained nurses in the Federation is something of major concern to us here,” she said.  “There are only four such nurses trained, two in St. Kitts and two in Nevis.  As a result of that, it will not be surprising if in the initial phase we may have to recruit such workers from overseas, while we continue to build up local capacity among our own nursing complement.”

The groundbreaking of the Mental Health Day Treatment Centre took place in June 2015.  The contractor is Anthony Huggins and Sons, the Project Manager is Calvin Pemberton and the construction project has been valued at $1.3 million.