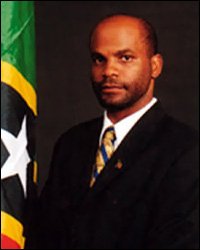 Following a statement from CCM Leader Mark Brantley declaring that “Parliament can be convened to repeal the (boundary change) proclamation hurriedly and unlawfully passed by the Labour parliamentarians in contempt of court,” PAM Leader Lindsay Grant called on the Prime Minister to act.

“The people of St. Kitts & Nevis are hurting. The crime and murder crisis is skyrocketing out of control. The crushing national debt and lackluster economy are destroying opportunity for the people of the Federation,” Grant continued. “The people of St. Kitts & Nevis are hungry for the opportunity to stop the pain by voting for change. It’s time for this desperate power grab to come to an end. It’s time to repeal the proclamation and commence this election under fair boundaries.”

PAM Parliamentarian Shawn Richards pledged his support in Parliament for a full repeal of the proclamation.

“I pledge my full support for a repeal of the boundary changes proclamation and the reinstatement of fair electoral boundaries,” said Mr. Richards. “The people of St. Kitts & Nevis have had enough of Denzil Douglas’ desperate attempt to hold on to power. The people are hungry and ready for the opportunity to have their say. Let’s give the people an opportunity to have their voices heard by repealing Labour’s unfair power grab, reinstating the fair boundaries and calling this election.”