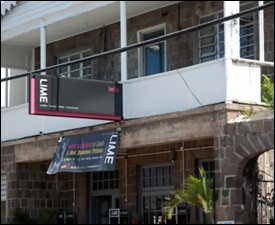 “A one off exceptional costs (EC$5.8 million) associated with our transformation were mainly responsible for this decline,” said LIME Chairman for St. Kitts and Nevis Mr. Lawrence Mc Naughton.

“Our gross revenue of EC$105.6 was marginally lower than that of the previous year. Growth in mobile, broadband and other revenues have minimized the impact of the decline in the traditional fixed line business,” said Naughton in his Chairman’s Report.

“The challenges of the previous year did not abate but rather exacerbated by the global financial turmoil, during the latter half of the year. Notwithstanding the exigent economic environment, however, your company was able to stay on course through operational efficiency gains and other productivity improvement changes in the year under review,” said Mr. Lake.

He noted that Gross Margin for the year grew by EC$2.8 million over the prior year mainly as a result of the growth in Broadband and Mobile Gross Margins, led by reductions in handset subsidies, which resulted in a net Cost of Sales improvement of EC$1.3 million over the year 2007/2008 or a five percent efficiency increase above plan.

LIME also invested EC$1.7 million to upgrade its Mobile Network providing better quality of service. New sites were established at Dewars Estate in St. Kitts and Prospect in Nevis, the main site at Cayon Street was expanded and additional capacity was increased throughout the Federation.