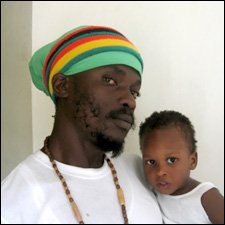 As the “Bobo Dread” SKABA saga continues Ghetto Roots Head Coach Dr. Garfeild Alexander has suggested that the matter be taken to the general body to finalise and put and end to the matter.

“I think this matter can easily be resolved if it is taken to the SKABA general body and let democracy prevail and allow Dale Rochester the “Bobo Dread” to be heard by his peers,” said Dr. Alexander .

“I wholeheartedly agree. I think the SKABA teams should decide whether they have an issue with the religious headwear or not. That in my view is democracy at work and I think it is the way to go. Whatever the general body decides the Ghetto Roots organization will respect and abide by,” the Ghetto Roots Head Coach and Hitters team physician continued.

Assistant Manager of the Ghetto Roots Dwayne Sturge raised concerns about the appeals board. He indicated that the board in his view was too small and felt it lacked the presence of someone from the legal fraternity.

“I don’t think there is anyone who has a professionally acknowledged legal mind on the committee, to say that there is a lawyer, someone who, you know, from day to day, their job is ” interpretation of documentation, so that is something that I think should be included in the panel as well, and also I think that our team itself should have some say in”¦.the selection of the members. You know three simpple items that I have, I would put forward to whoever was in charge of selecting the individuals: that a legal mind should be there….; I think the panel is too small “; and the team should have some say at least in, you know, the selection of at least one of the members.” Mr. Sturge said.