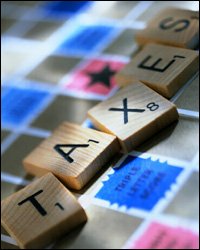 New Tax Legislation In The Works For St. Kitts – Nevis

Legislation which will provide for the mutual exchange of information on taxation matters between St. Kitts and Nevis and other jurisdictions is expected to get the approval in the National Assembly.

Minister of Finance Dr. the Hon. Timothy Harris will pilot the Saint Christopher and Nevis (Mutual Exchange of Information on Taxation Matters) Bill, 2009 when the lawmaking body meets on Thursday. The functions of the Tax Cooperation Authority set out in clause 5 include executing requests for information, ensuring compliance with any scheduled agreements and with the Rules for the Exchange of Information on Tax Matters, advising the Minister on matters relating to any proposal or agreement for the provision of information in tax matters, making determinations pursuant to the terms of any scheduled agreement or the Rules for the Exchange of Information on Tax Matters as to any costs and the apportionment of such costs relating to or arising from any request, entering into agreements with competent authorities under agreements on matters relating to the operation thereof or issuing operating procedures to scheduled competent authorities and generally performing any  other functions as may be prescribed under the Act or any other Act.

Clause 6 provides for procedures for public policy determination. It is provided in this clause that the Authority may, in his discretion or shall where in his opinion there are issues of public policy, notify the Attorney General of any request received by the Authority; and the Attorney-General shall be entitled, in a manner analogous to             amicus curiae, to appear or to take part in any proceedings in the Federation, whether judicial or administrative, arising directly or indirectly from a request received by the Authority.

Clause 6 also gives the Tax Cooperation Authority the power to deny a request for information where the Attorney-General has issued a certificate to the effect that the execution of the request is contrary to the public policy of the Federation.

Part IV provides for general matters. The authentication of official documents is provided for in clause 11.

Clause 13 provides for confidentiality with regard to a request.

Clause 14 contains a restriction on the use of the information received pursuant to a request. It is provided that the requesting Party shall not, without the prior written consent of the Authority, transmit or use information or evidence provided pursuant to the Bill for purposes, investigations or proceedings other than those stated in the request.

Clause 18 provides for immunity and it states that neither the Authority nor any person designated under section 4 to act on his behalf shall be liable in damages for anything done or omitted in the discharge of their functions under this Act unless it is shown that the act or omission was in bad faith.