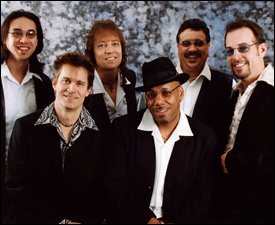 KC and The Sunshine Band To Appear In St. Kitts

Popular and much loved musical group, KC and the Sunshine Band, together with singer songwriter, Stephen Marley and Jamaican Legend, Mavado join a fantastic line up of popular Grammy Award winning artists including Regina Belle and T-Pain for the much-anticipated 13th Annual St. Kitts Music Festival, to be held on the island from June 25 – 27 2009.

Two-time Emmy Award Winning actor and vocalist, Keith David, has also been announced as the event’s special celebrity guest for the final night. The event will be especially memorable for the eminent, Keith David, who celebrates his Kittitian Heritage with a return to his Great Grandmother’s homeland.

“It will be our pleasure to welcome Keith David back home to St. Kitts to be a part of the St. Kitts Music Festival,” said Senator Ricky Skerritt, Minister responsible for Tourism, Sports & Culture. “His famously recognizable voice, passion for music and Kittitian roots make him the ideal host for our Festival which will feature top-selling international musicians as well as outstanding local and Caribbean acts.”

The final line up of performers at the St. Kitts Music Festival includes as follows:

Against a background of glorious weather, stunning beaches and a spectacular natural landscape, the St. Kitts Music Festival, held at the world class Warner Park Stadium in the capital, Basseterre has become a well-established Caribbean and international event attracting visitors from around the world. Legendary past performances have included such prominent acts as John Legend, Michael Bolton, Dionne Warwick, Kenny Rogers, Ashanti, Shaggy, the Temptations, Chaka Khan and Busta Rhymes.

Music fans in the UK who are looking for a holiday that encompasses a quintessentially Caribbean experience as well as a stellar music scene can travel to St. Kitts on the new roundtrip service on British Airways from London (Gatwick) to St. Kitts’ Robert L. Bradshaw International Airport. Direct service is also available from Atlanta on Delta Airlines; American Airlines from New York and Miami; Charlotte on US Airways and on LIAT from the several Caribbean capitals.

Tickets to the 13th Annual St. Kitts Music Festival are priced in US$, starting from $50.00 per person, per night and will soon be available for purchase on  www.stkittsmusicfestival.com.

Book your hotel rooms early for this event!