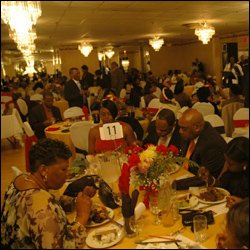 Three nationals will be honoured Sunday May 10th at the annual Mother’s Day Gala hosted by the New York-based Kittitians and Nevisians Association (KANA).

Prime Minister Douglas will deliver an address and will be introduced by Ambassador Extraordinary and Permanent Representative to the United Nations, His Excellency Delano Bart.