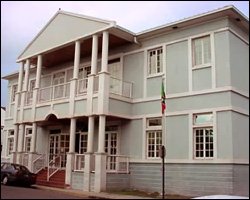 Resident Judge, His Lordship Mr. Justice Frances Belle on Friday awarded nominal costs of EC$3,500 to the several lawyers who represented the People’s Action Movement (PAM) in the disqualification matter in the High Court.

“This will bring an end to the litigation proceedings in relation to the disqualification matter,” said Astaphan.