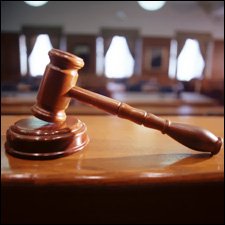 St. Kitts and Nevis Prime Minister Hon. Dr. Denzil L. Douglas said the ruling by the High Court Judge in the recent boundary cases highlights his administration’s total respect for the Eastern Caribbean Supreme Court and is significant for all the people of St. Kitts and Nevis.

Speaking at a public meeting of his St. Kitts-Nevis Labour Party in the new housing area of Taylors in East Basseterre, the St. Kitts and Nevis leader said the night was a very serious and special night.

He told hundreds of supporters at the hastily called meeting that justice is going to prevail as his Administration waited eight weeks for the judgement.

“The ruling of the Court is significant not only for the people of St. Kitts and Nevis, but also the people of the Caribbean region as for the last few months this beautiful and progressive nation has been gripped in political controversy as the opposition PAM party made several serious allegations against this Labour Party Government,” said Prime Minister Douglas.

Dr. Douglas said the allegations have been rejected by the High Court and the ruling is a “clear demonstration to the people of this country and the people of the Caribbean that the Labour Government under Denzil Llewellyn Douglas is truly a government that respects the law and the court and justice here in St. Kitts and Nevis.”

“They have used the mandate given to this Government as late as 2004 to introduce electoral reform here in St. Kitts and Nevis and they have tried to use the process of electoral reform to create confusion here in our beautiful country,” said Dr. Douglas.

He said electoral reform was demanded by the People’s Action Movement (PAM), the Concerned Citizens Movement (CCM), the Nevis Reformation Party (NRP) and the St. Kitts-Nevis Labour Party (SKNLP) with the support of the Commonwealth.

Dr. Douglas said the electoral reform was mandated to achieve several initiatives including a new Register of Voters, a National Identification Card and a review of the existing boundaries.

“We have evidence where people were brought in by PAM from Antigua to vote in Constituency #4, and tried to vote in the names of persons who were dead or lived overseas. The new Register of Voters cleaned up the list Register by removing the names of those who were dead or were not interested in participating in the process because they lived overseas,” said Prime Minister Douglas.

He said the photo National ID card will prevent impersonation. “When you go into the Polling Station, if you are a registered voter, your name will be there with a photo and all the poling officials including the agents of the parties will have copies,” said Dr. Douglas.

“The electoral officials will not be fooled this time around and that is what is hurting the official of the opposition PAM party. They know realise that we have caught up on their trickery and treachery and no longer will they be able to impersonate voters and commit fraud on Election Day,” said Prime Minister Douglas.

Dr. Douglas pointed to the work carried out after the October 2004 by the Commonwealth in which all political parties and several non-governmental organisations were interviewed.

The Commonwealth Assessment Mission in its recommendations stated that a review of the boundaries and constituencies is long overdue and necessary and it was clear that boundaries should be reviewed as soon as practicable by the Constituency Boundaries Commission.

The Commission visited St. Kitts and Nevis from 28th August to 8th September 2005.