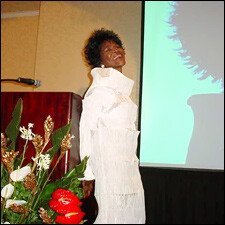 The date for the Ninth Annual Prime Minister’s New Year’s Gala hosted by the Hon. Dr. Denzil L. Douglas has been announced.

According to the Chairperson of the Gala Committee, Attorney at Law and former Speaker of the St. Kitts and Nevis National Assembly, Ms. Marcella Liburd, the gala event will take place at the Grand Ballroom of the St. Kitts Marriott Resort and Royal Beach Casino on Saturday 2nd January 2010.

According to Ms. Liburd, the featured speaker, yet un-named, will be one of international acclaim. Local and international stars will also perform at what has become a must in ringing in the New Year.