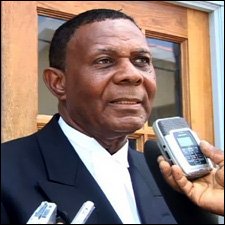 September 25th is the new date slated for the High Court hearing of substantive matters relevant to a case filed by Former Premier of Nevis Mr. Vance Amory, against the Sharpe Commission of Inquiry(COI).

The Inquiry was established by the Nevis Island Administration (NIA) to investigate and report on the circumstances which surrounded several transactions of Government over the period 1996-2006.

Counsel to the Sharpe Commission Sir Richard Cheltenham said in Charlestown on Thursday that though there was no hearing at the High Court as planned, significant progress had been made in the matter.

“Counsel for all parties have agreed that on the next occasion we will move straight to the substantive issues in the case, without prejudice to any party dealing with issues that would normally arise at the leave stage. So that is likely to save considerable time and the date [was] set [for] the 24th and 25th of September.

“That is still our position that all the points that can be taken at the leave stage can also be taken at the substantive hearing and that is what we are proposing to do,” he said.

Sir Cheltenham explained that the leave application before the court was normally done in two stages.

At that stage, the claimant had to satisfy the court that there was an arguable case with a strong prospect of success; and that he (claimant) would not be frustrated by any delay in bringing the matter since a continuation of the matter and conceding to his request might prejudice the rights of third parties and could be detrimental to good administration.

Sir Cheltenham further said that the claimant’s Counsel had indicated interest in the cross examination of Commissioner Thomas Sharpe.

“We are hoping that Commissioner Sharp will be available for cross examination by way of visual audio link on the 24th.

“Everything starts on the 24th and we are hoping that the matter can be heard in all of its aspects by the 25th and thereafter it will be left to the judge,” he said.

On July 22, 2009, proceedings at the Commission of Inquiry came to a halt after two witnesses failed to appear to give evidence and an application seeking a temporary injunction against the Commission was filed by Mr. Amory.

The application had come two days after the commencement of the Commission and one day before Mr. Amory was scheduled to testify before the COI.