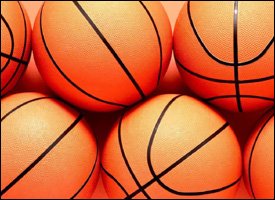 Hanley who first served as President in 1982 was elected in front of a packed FND Conference room with almost 50 persons most of whom represented 17 of the 19 clubs in the association .

Hanley won in a virtual Landslide with more than half the votes with the other two contenders for the top job, Romel Tobias and Wendell Pemberton shard the remaining votes.  . Another veteran Basketball Adminsitrator Mr. Juslyn Daniel was elected as Vice President, Daniel brings much experience to the new executive as he has served in various capacities before on the association including President. Former Vice President Wallis Wilkin was recalled and voted to serve as the new General Secretary  Sean Crossley returns to the executive in a new capacity as Treasurer while Almon Crooke and Vannessa Parris were elected as Assistant Treasurar and Assistant General Secretary respectively. Saju NÃ¢â‚¬â„¢ Galla was elected as the associations new P.R.O.

“I am truly humbled once again to be elected as President of this Association,” said Hanley. “My first order of business is to put basketball back at the pinnacle of local sports both in terms of popularity and standard through developing and closely policing a programme which is geared towards ensuring that teams are properly organized ,” the new President continued. The newly elected President went on to say “The proper organization of teams and the proper development of a youth programme of a high standard will be the two ideals that I will pursue with much urgency. In addition the realization of a lifelong dream of ALL basketball fans,administrators,players and supporters of an indoor facility is now seemingly closer than it has ever been and my association will pursue that with utmost vigour and urgency, ” said Hanley.

The General Meeting also included the Treasurers report as well as a discussion on the 2008 league as well as proposals, ideas and concerns about the 2009  league.

James “Barman” Hanley is synonymous with basketball in the federation of St.Kitts-Nevis. Many of the strides made by the sport, particularly during the 80Ã¢â‚¬â„¢s were as a result of his efforts. His team the Harmonites Hitters is easily the most successful club team in the region having won the local SKABA championship on 17 occasions as well as many OECS and Leeward Islands Club Titles.