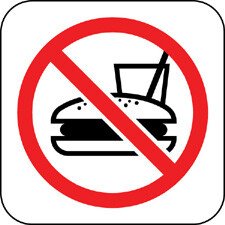 No Tax On Food Imports

In what political observers and analysts described as  an uplifting and hopeful New Years address, leader of the St.Kitts – Nevis Opposition Party the People’s Action Movement Lindsay Grant announced and outlined part of the visionary plan that will enable the people of the Federation to feel much needed relief from the first day of the new PAM Administration.

In this time of a skyrocketing cost of living that has made luxuries of the most basic necessities the incoming PAM Administration pledged to remove all duties and consumption taxes from foodstuff imported into the Federation.

“No more will struggling merchants be made scapegoats for costs that have spiraled out of control,” said the PAM Leader and Prime Minister in waiting.

“This policy will immediately put money back into the pockets of ordinary people because the price of food will fall significantly. No more will workers on a fixed salary or wage see their disposable income shrink each month as they stretch ever fewer pennies in order to save for the now almost weekly trips to St. Martin or Statia in order to eat. A major hardship will be alleviated,” Grant continued.

According to many economists the increase in disposable income as a result of the removal of  duties and consumption taxes from foodstuff imported into the Federation  will have a significant multiplier effect as there will be more money available to spend in other parts of the economy. This will provide a real stimulus which will be quickly redound to government coffers in the form of revenue.

“The removal of these duties and consumption taxes will give ordinary people  more control over their incomes and they will be given a hand up instead of a hand out; the benefit to the economy as a whole will be permanent and far reaching,” said PAM Shadow Minister of Finance and Economic Planning Hon. Shawn K. Richards.

It is therefore clear that the incoming PAM Administration will take full responsibility for the role of government to improve the daily lives of the citizens immediately upon assuming office. Prime Minister Dr. Denzil Douglas announced a January 25th General Elections. Recent polls have suggested that the Opposition People’s Action Movement and Leader Lindsay Grant  are enjoying an extremely high favorability rating.