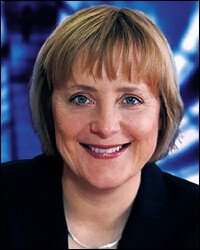 In congratulating the German Chancellor on winning her second four-year term in office with a comfortable majority in the Bundestag or Federal Parliament, Prime Minister Douglas told Mrs. Merkel that was confident that under her distinguished leadership and a new centre-right alliance with the Free Democrats, Germany will continue its path toward sustainable growth out of the present economic crisis.

“Our two countries have enjoyed friendly relations over the years and I look forward to deepening bilateral ties as well as interacting with you in multilateral fora on major issues which impact upon the international community,” Prime Minister Douglas told Chancellor Merkel.

Prime Minister Douglas in congratulating the Spanish Prime Minister on the occasion of that country’s National Holiday or Hispanic Day, reminded of the moment when Christopher Columbus discovered the New World for Spain, which later gave birth to the Spanish Empire.

“The initiative to launch such an exposition was transcendental. The 12th October, will always be a memorable day, premised on its international symbolism; two worlds became engaged, lives were transformed, cultures were intertwined.”