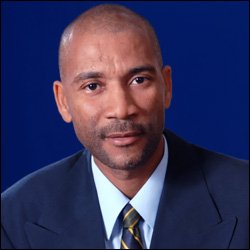 Clarence Fitzroy Bryant had served the Federation as Minister of Education and, according to close family members, friends and associates, Liburd was left with managing his estate.

At a political meeting held recently in Fiennes Avenue, Fleming reiterated calls for Liburd to respond. He declared that she has been on the platform asking Eugene Hamilton to respond to allegations but continues to refuse to respond to financial allegations levelled against her.

He described her actions and comments made on the British American issue as being baseless and noted that he is very disappointed in her refusal to account for monies owed to her brother’s children, who have openly admitted that they have not received any inheritance from the estate.

Fleming accused Liburd of running a character assassination campaign while she herself should be investigated by the police. “I call on the Prime Minister, who is the Minister of National Security and Leader of the St. Kitts – Nevis Labour Party to order an investigation into the allegations to ascertain whether or not a crime was committed,” he urged.

Fleming said that Liburd has failed to disclose to the voters in Central Basseterre the actual amount of money entrusted to her and what has become of it. He said that Liburd needs to clean her own house before throwing stones at others, adding that the former Speaker of the House of Assembly is being accused not by strangers but family members who contradict her campaign slogan of “building stronger families”.

“How can Marcella claim to be building stronger families while her brother’s children are unable to further their studies as a result of not being unable to garner the monies that their father, before he died, said he would leave for their education?” Fleming asked.

“The time has come for Marcella Liburd to come clean on what she knows about the inheritance monies. The woman who claims that she is seriously interested in building stronger families up to now has failed to answer queries about the millions of dollars that were left by her late brother, while her brother’s children were forced to abort private school and finish their secondary education at Government school after the school fees were abruptly stopped”, Fleming declared.

Additionally, the PAM’s representative questioned what the former Speaker of the House has to hide with respect to the will that her brother had left, asking why she continues to refuse to respond to questions posed by the public, media and her brother’s own children.

Commenting on what he declared has been Liburd’s barrage of character attacks, Fleming said he is disturbed by several statements she made in relation to the British American issue, Hon Shawn Richards and Lindsay Grant. He said that Liburd is out to tarnish the party and its candidates’ image in a desperate attempt for political power.

Fleming also urged Liburd to respond to why the outgoing Parliamentary Representative for Constituency Two, the Hon. Dwyer Astaphan, has refused to endorse her candidacy, which resulted in her being selected rather than being elected by the party.

“These are issues that Marcella Liburd should be addressing as the people want answers. She has a responsibility to provide answers rather than engage herself in character assassination,” Fleming declared.