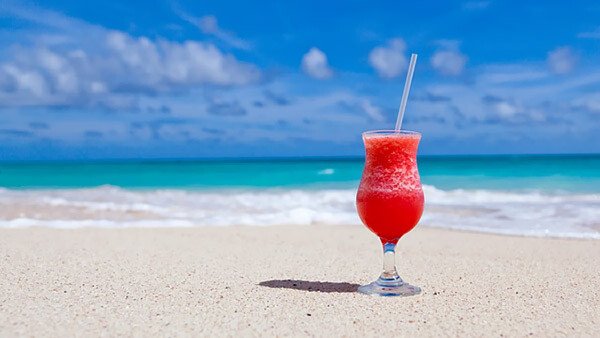 I thought I would kick off the recipe section with a drink recipe…surprise there eh?  This rather strong drink was concocted for me by my favorite bartender on Nevis, Alison, of Nisbet Plantation fame. Actually he “designed” this drink for me when he was working at the Oualie Beach Hotel bar many years ago. The name of the drink, well lets just say that this is one of my “nick-names” in Nevis.  Either Tragic or Magic, no I won’t explain why.  Well now lets us get on with creating this “potent potable”.

In hurricane or parfait glass splash some grenadine. Add ice, then rum, gin, and melon liqueur. Fill with pineapple juice and float lime juice on top.

That’s all there is to it, now sit back and watch the sun go down….no matter what time of day it is.

The best rum brands of 2020 according to Luxe