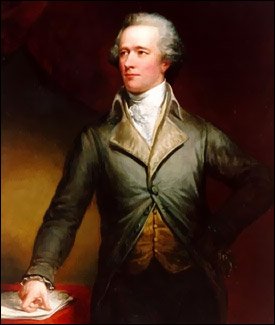 Alexander Hamilton Was Born In Nevis

A film crew from Manifold Productions Inc. based in the United States, spent a few hours on Nevis on Friday December 12, to capture footage for a 90 minute documentary “Rediscovering Alexander Hamilton”.

The programme will be aired on Public Broadcasting Service (PBS) television and will delve into the life of Alexander Hamilton, a Nevisian who migrated to St. Croix and later became an American Statesman.

Executive Director of the Nevis Historical and Conservation Society (NHCS) Mr. John Guilbert while on location with the crew told the Department of Information that filming took place at the birthplace of Alexander Hamilton, at a battery near the house and an area on Crosses Alley where slaves were held.

“These are very critical pieces in the life and times of Alexander Hamilton, things that influenced his life and made him the man that he was in the United States,” he said.

Writer and host of the “Rediscovering Alexander Hamilton” documentary Mr. Richard Brookhiser gave an insight into the documentary.

“This is a 90 minute documentary for PBS it is being made by Manifold Productions and the Director and Producer is Michael Pack. We are covering all Alexander Hamilton’s career and we are here on Nevis because this is where he was born and lived for the first nine years of his life and certain important things happened to him here.

“He got his first view of slavery as a major economic institution. He also got his first view of artillery here because it was a cannon emplacement right next to the place where he lived and that gun was fired once a week. I think for a seven or eight year old boy, that was a pretty cool thing and he becomes an artillery man in the American Revolution,” he said.

According to Mr. Brookhiser, filming will continue throughout December into January following which editing will commence. The documentary is expected to be aired at the end of 2009 or in 2010.

The film crew left Nevis for St. Croix to continue filming on that island.

In March of this year Mr. Pack led a group of experts on a fact finding mission in preparation for filming. They visited a number of sights on Nevis that revealed what Hamilton’s life on Nevis was like.

1 thought on “Filming For PBS Documentary On Alexander Hamilton Begins”