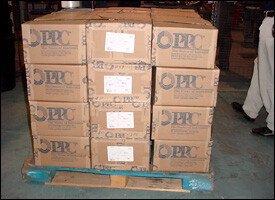 St. Kitts and Nevis Prime Minister Hon. Dr. Denzil L. Douglas praised local workers and management on Wednesday for making the twin-island Federation the largest exporter of goods to the United States amongst the OECS and Barbados.

“I commend the workers of Lutron Liamuiga, Harowe Servo, Kajola-Kristada, CSR/DDL, St. Kitts Brush Company and Caribelle Batik for working with management to produce the quality of products, with the level of efficiency, to make St. Kitts and Nevis, the smallest nation in the western hemisphere, the largest exporter – amongst the OECS and Barbados – of goods to the United States of America,” said Prime Minister Douglas.

In praising the local workforce for their dependability, diligence, and proficiency, Prime Minister Douglas said that the US$54 million in exports to the United States from St. Kitts and Nevis is greater than the exports of Antigua and Barbuda, Dominica, Grenada, St. Lucia, and St. Vincent and the Grenadines all combined together.

Combined, those 5 countries exported goods to the value of US$45.14 million to the United States compared to US$54.39 million for St. Kitts and Nevis.

The British Virgin Islands exported US$10.75 million to the United States; Anguilla, US$4.34 million and Montserrat, US$38,648.

The balance of invisible trade in St. Kitts and Nevis with the United States is minus US$69.5 million which is the smallest among the OECS and Barbados.

Mr. Maurice Widdowson told the Communications Unit in the Office of the Prime Minister (CUOPM) that although Caribelle Batik does not directly ship its products in boxes to the United States, Americans accounted for sixty percent of his sales which amounted to EC$1.5 million between April 2007 and May 2008.