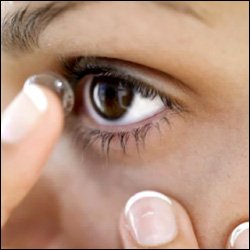 Minister of Health in the Nevis Island Administration (NIA) Hon. Hensley Daniel, gave the assurance that the Cuban based eye care programme, Operation Miracle Vision would be reintroduced in Nevis.

The Minister told the Department of Information during an interview shortly after he returned from Cuba last week, that the programme had been suspended by the former Administration however, a request from the sitting NIA received the Cubans approval and would commence in the near future.

He said the request was in keeping with the sitting Administration’s undertaking to provide affordable healthcare to the people of Nevis.

“We met with the coordinators who manage Operation Miracle Vision and we are going to restart this programme. The project coordinators are doing their assessments at the moment.

“They will come and do an assessment as to the nature of the eye care programme, the nature  and extent of the diseases and then we are going to continue the programme in its initial format where the patients can go to Cuba and be treated,” he said.

Mr. Daniel along with Permanent Secretary in the Ministry of Health Mrs. Joslyn Liburd, who had formed part of a Federal Delegation for a one week visit paid for by the Cuban Government said, that he used the opportunity to see firsthand the accommodations offered to patients.

“I went to look at the accommodation where they stay and it is as good as any hotel”¦you have hot and cold water, you have television in the rooms and you have common bath rooms and dining rooms,” he said.

Under the Operation Miracle Vision Programme, some 1.5 million persons from Latin America and the Caribbean have been operated on in Cuba for various optical ailments.