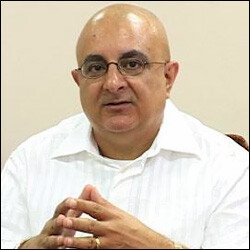 Mr. Astaphan, a constitutional expert and advisor to the Federal Government of St. Kitts and Nevis, said the work of the Commission should not be derailed by the resignation of the two MP’s appointed by the Leader of the Opposition, Hon. Mark Brantley.

“Under the 1983 Constitution of St. Kitts and Nevis, the remaining members of the Commission can continue the redrawing process,” said Mr. Astaphan, who denied in a BBC Caribbean Report a statement by the Mr. Brantley that the last boundaries change exercise took 8 months and the commission was now trying to rush the matter in just weeks before the National Assembly is dissolved automatically in mid-December.

“It did not take a matter of eight months. A technical committee set up to provide data for the Constituency Boundaries Commission considered that material and that material was held to be unlawfully considered by the Judge (Errol Thomas) because there was no constitutional provision for the Technical Team,” said Senior Counsel Astaphan, who further noted that the last time the boundaries were changed was in 1983 and the Commonwealth Mission reported in 2006 that unless the boundaries were changed St. Kitts and Nevis cannot justify elections on the old boundaries as it would not give effective and a fair equitable representation as the Constitution requires.

He pointed out that the political boycott of the electoral reform process by the opposition People’s Action Movement from day one delayed the completion of the process.

“Had they cooperated, this process would have been completed already and the CCM members have mounted a political stunt,” said Astaphan.

He further pointed out that the information required and necessary for the changes of the boundaries cannot take a Commission a day or two or three to decide on the issues of population changes in the county and the geographical features of St. Kitts and Nevis.

“The information is there. I do not understand why people are trying to make it sound that changing boundaries is some mystical, mysterious piece of rocket science, that needs five years to do,” Astaphan told the BBC.

He said prior to the resignation of the CCM-appointed representatives they made representation to the Constituency Boundaries Commission.

“You cannot just abandon ship at the last minute and say that because I have abandoned ship, the process is no longer fair. I do not share the view that when the Constitution which is the supreme law places the obligation on Members of Parliament ““ the elected politicians – to do a job that there is a presumption that there would be partial and bias. If the constitution vests that power and authority in the elected Members of the Parliament then the presumption must be that the Constitution expects them and certainly the majority of the people, to do their job in accordance with the rules established by the Constitution,” said Mr. Astaphan.

Below is the Section 49 in the St. Kitts and Nevis Constitution that deals with the Constituency Boundaries Commission.

49.- (1) There shall be for Saint Christopher and Nevis a Constituency Boundaries Commission (hereinafter in this section referred to as the Commission) which shall consist of-

b) two members of the National Assembly appointed by the Governor-General, acting in accordance with the advice of the Prime Minister; and

c) two members of the Assembly appointed by the Governor-General, acting in accordance with the advice of the Leader of the Opposition:

provided that the chairman shall not be a member of the Assembly or of the Nevis Island Assembly.

(2) A member of the Commission shall vacate his office-

a) at the next dissolution of Parliament after his appointment,

b) in the case of the chairman, if any circumstances arise that, if he were not a member of the Commission, would cause him to be disqualified for appointment as such;

c) in the case of a member other than the chairman, if he cease to be a member of the National Assembly otherwise than by reason of the dissolution of Parliament; or

(3) The Commission may regulate its own procedure and, with the consent of the Prime Minister, may confer powers and impose duties on any public officer or on any authority of the Government for the purpose of the discharge of its functions.

(4) The Commission may, subject to its rules of procedure, act notwithstanding any vacancy in its membership and its proceedings shall not be invalidated by the presence or participation of any person not entitled to be present at or to participate in those proceedings:

Provided that any decision of the Commission shall require the concurrence of a majority of all its members.