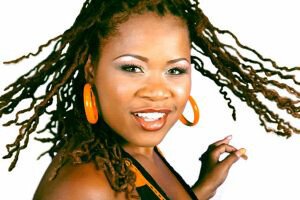 Antigua’s Soca Queen Diva Claudette CP Peters has been recently  confirmed as the headline guest performer at the 30th Anniversary edition of the Digicel Haynes Smith Miss Caribbean Talented Teen Pageant to be held in St. Kitts on 30th Dec as part of the annual Carnival Celebrations there.

The exiciting announcement was made by the Pageants Marketing and Promotions Coordinator Wallis Wilkin at a recent briefing by the pageants organizing committee.

The pageant, which is considered to be the most prestigious of its kind in the Caribbean, has seen many big-name Caribbean entertainers grace its stage over the years including soca king and queen Machel Montano and Alison Hinds , Edwin Yearwood, Jamesy P, Rupee, Jamaican Crooner Christopher Martin and Bomani along with a number of well known personalities who served as guest hosts including Trinidadian comedians Rachel Price,Tommy Joseph and Jamaican radio personality Jenifer Jenny Jenny Small.

The talented singer/performer CP, is a multi time Antiguan Party Soca Monarch Champion . She first entered the competition in 2004 with Something Got a Hold on Me, which placed her as the first runner-up. She returned in 2005 with her Trinidadian penned hit All I Know, which she used to claim her first Party Monarch Title. In 2006 she held on to her crown with Make Wave and in 2007 with Showtime. She was also named the first ever Groovy Monarch in 2007 with her popular hit single Go Claudette Go.

In 2008, she made Antigua soca monarch history with a straight four-peat win for the Party Monarch title, and also repeated as Groovy Soca Queen as well. Literally taking it to the sky with her hit song Bring it On and grooving the audience with Carnival Day CP continues to be a reckoning force in the Caribbean region. She competed in the 2009 Trinidad Carnival’s International Soca Monarch, and CP made waves like never before.

Miss Peters is also a former contestant of the Miss Caribbean Talented Teen Pageant having competed in 1996 representing her native Antigua. Claudette is one of the many success stories of the pageant which has produced a plethora of regional and international artistes including 2 time Road March Queen from the USVI Pat Raguette among others.

“I am truly excited to perform at and grace the stage of this years Miss Caribbean Talented teen Pageant,” said Peters. “The Pageant holds many memories for me as it played a part in my early development as a performer. I am looking forward to performing once again at the pageant and patrons can expect a truly memorable performance,” Peters Continued.

“We are truly excited to be able to host Claudette once again for this our 30th Anniversary, said Pageant Marketing and Public Relations Coordinator Wallis Wilkin. “Inviting Claudette to be the headline guest performer for this years pageant was simply a no-brainer as she is easily one of the pageants most noted success stories and we felt that it was  quite fitting that one of the pageants past and most noted contestants  headline the event.” Wilkin continued.

The Haynes Smith Youth Club Miss Caribbean Talented Teen Pageant is easily the most prestigious pageant of its kind in the Caribbean.. The event is in its 30th year and 11 countries will be at this years event.