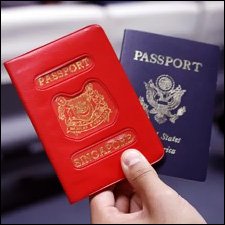 Dual Citizenship Will Not Be Tolerated

Lead Counsel for the Government, Mr. Anthony Astaphan said the Legal Team wants to ensure that persons who are qualified for election to the St. Kitts and Nevis National Assembly are not holding dual citizenship and are properly qualified on Nomination Day.

Section 28 (1) of the St. Kitts and Nevis Constitution given the Nation when it became independent during the Administration of the People’s Action Movement on September 19th 1983 states: “A person shall not be qualified to be elected or appointed as a member of the National Assembly if by virtue of his own act, under any acknowledgement of allegiance, obedience or adherence to a foreign power or state.”

Speaking at a News Conference on Wednesday, Mr. Astaphan said a request was made Monday and granted by the High Court to allow the Legal Team to review and clarify the language in the National Assembly Elections Amendment Act 2009.

“We have realised that it is a part of the strategy, forensic or otherwise, to consistently threaten or issue injunctions on real or perceived or illusionary reasons. We therefore think that in the interest of time, we must do all that is necessary to clear the deck, to remove obstacles and reasons so that we can pave the way to permit the Prime Minister on the conditions that he thinks best, to exercise the prerogative given to him to call the general elections unfettered, absolutely unfettered by unnecessary litigation most of which is being threatened from the political platform,” said Mr. Astaphan.

“This does not mean and our advice to the Attorney General was never intended to mean that the basic objects of the Act changed. The purpose of the Act was to ensure that persons who are eligible to be elected, sign the appropriate declarations which are consistent with the provisions of the constitution and that if someone has said in the past or maybe under any possibility of a disqualification that he is obliged by any revised version of the law, to swear declarations as to his eligibility and the absence of any ground for his disqualification. The reason for that is we want to remove any reasons for litigation,” said Astaphan.

He pointed out that the present Act as amended, vests in the Returning Officer to collect evidence and to decide on the evidence presented.

“It is possible that the PAM may even if we clear the decks now, on any present litigation may in a future litigation prior to the elections may want to take the point that a Returning Officer is appointed by the Supervisor of Elections and the Executive Branch and therefore there is the appearance of bias on not real or factual appearance of bias,” said Astaphan, who was flanked by Dr. Henry Browne, Mr. Sylvester Anthony and Dr. Kenny Anthony.

Mr. Astaphan said that his advice to the Attorney General is that the revision which takes place would ensure that any questions of disqualification is unequivocally and unambiguously vested in the Supreme Court by virtue of the provisions of the Constitution.

“This revision is not merely removing obstacles or reasons or possible reasons real or perceived for litigation. It will also add to the scope of the amended Act. It will ensure that there are appropriate declarations consistent with the law, which will be drafted consistently with the provisions of the Constitution and authorities that are already decided the point,” Mr. Astaphan told the Press.

“The proposed revision does not affect the fundamental question which exist today that any candidate nominated must be qualified for election and must not suffer from any disqualification vice, such as dual citizenship of the United States, even if you have renounced, there must be a completion of the renunciation process via the State Department or other relevant foreign affairs authority in that jurisdiction and that if anyone is on Nomination Day suffering from such a vice, any vote in his direction or for him in any election, would be a complete waste of time and that his election would be subject to challenge in the court by election petition,” said Mr. Anthony.

He said there is no concession, abdication or surrender on the essential primary object of the legislation, which was to ensure that on Nomination Day persons who are qualified on Nomination Day to be candidates, swear declarations as to eligibility and disqualification and the question of the legality of that or any contravention of that declaration will be dealt with either in the criminal court in accordance with the provisions of the relevant sections or by petition.

“Anyone who is convicted of an offence of that kind or has been found guilty of the disqualification or swearing to a false declaration will be subject to disqualification. So the substantive basis of the Act remains. What we are doing is advising that the language be clarified to ensure that all that the Returning Officer is responsible to do is to ensure that the declarations are properly attended to and sworn and that questions of eligibility and non eligibility will be dealt with by the high court,” said the senior counsel.

“The primary objective of this legal team is to remove any reason for possible litigation so that we can clear the deck for the Hon. Prime Minister to make his decision when he wants to call the general elections unfettered by injunctions threatened by the political platform,” Astaphan reiterated.