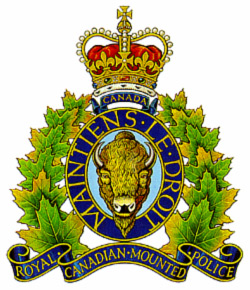 Dr. Douglas who recently took on the responsibility of National Security said he has been maintaining direct contact with the Police High Command, in order to ensure that a relentless, multi-pronged approach to crime is maintained.

“Our commitment is to quick response, a systematic approach, and a high degree of professionalism when a crime has been committed.  Effective crime detection is a priority,” said Prime Minister Douglas at his monthly Press Conference.

The Prime Minister said the Ministry of National Security must be on the right track since the Royal Canadian Mounted Police is considering replicating, in other Caribbean jurisdictions, the management, crime detection, and crime prevention training programme that has been developed in St. Kitts and Nevis.

“In a matter of months, the RCMP will be here in the federation, implementing this programme that we have developed, and they will be funding,” Dr. Douglas disclosed. Prime Minister Douglas, who held talks recently with officials of the Barbados-based Canadian High Commission, said the partnership with the RCMP “was vital as crime is global in its causes and its manifestations as the fight against crime must, similarly, extend beyond our borders as well.”

Dr. Douglas said the recent town hall meetings that have been held by the security forces including the one he attended in Saddlers, his constituency “have been invaluable.”

“The feedback and the intelligence that these sessions have yielded have contributed greatly to the security forces ability to meet the perpetrators of crime head on, and it is this type of police/community collaboration that is always key to any security forces anywhere effectively countering criminal activity,” said Prime Minister Douglas.