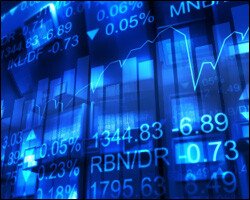 “This will reduce the cost of capital….”

The Nevisian-born President of the Caribbean Association of Industry and Commerce (CAIC), Mr. Carol Evelyn has warned of dire consequences for the region’s economic future if a single stock exchange is not created within the 15-member Caribbean Community (CARICOM) grouping.

“The private sector is again calling for the establishment of regional stock exchange and regulatory framework in order to make the markets truly efficient to raise capital and function as one economic space,” Mr. Evelyn is quoted by the Caribbean Media Corporation (CMC) in an  address to the opening of a special meeting in Barbados to assess the state of play for the CARICOM Single Market and Economy (CSME).

“The region should aggressively pursue the establishment of a regional stock exchange,” Mr.  Evelyn told the gathering that was attended by the Prime Ministers of Antigua and Barbuda, Barbados, St. Vincent and the Grenadines and Trinidad and Tobago.

Mr. Evelyn, who is also Chairman of the Manufacturing Division of the St. Kitts-Nevis Chamber of Industry and Commerce and heads a local manufacturing company on St. Kitts, said a single stock exchange for the region would enhance the promotion of the movement of capital across the region, increase investment opportunities, encouraging optimum financing for regional firms and increasing the attractiveness of the CARICOM as an area for investment.

In addition, the CAIC president predicted there would be a greater influence from outside of the 15-nation grouping, should such a step not be taken.

“If a regional stock exchange is not implemented in due time, more and more of the large companies will have no choice but to list outside of the region which is certain to be a set of irreversible decisions,” he said.

Mr. Evelyn also called on governments to quicken the pace on the establishment of the CARICOM Financial Services Agreement (CFSA), which he said would enhance the environment for regional companies to operate within the CSME that creates one economic space among member states.

“It is our hope that the CFSA will increase the efficiency of our financial sectors across CARICOM. We believe that the CFSA should work towards ensuring that capital is sourced at the lowest possible rate by CARICOM services firms or supplier from any member state from anywhere in the Single Market.

“This will reduce the cost of capital and the cost of goods and services supplied by regional firms,” he advised.

Most of the CARICOM countries operate their own stock exchanges with the Jamaica Stock Exchange (JSE), Trinidad and Tobago Stock Exchange Limited and Barbados Securities Exchange Inc. spearheading efforts for a new Caribbean Exchange Network (CXN) that will, initially, harmonise three of the largest stock markets via a common trading platform.

The CMC report did not mention the existence of the St. Kitts-based Eastern Caribbean Stock Exchange (ECSE).